This is my final prezi presentation. After doing much research and thinking in the middle voice, I decided to connect blackwater, Mountain Top Removal, Asheville and, finally, radiation (the final slide) which finally shows that despite the change of name and mission, Blackwater (as well as Massey Energy) still will follow the ontology of the accident.

The "punctum" that hit me harder than ANYTHING I have done in this class so far is the Massey Energy icon/logo of an M with fire atop it. This basically set off the rest of my thinking and was a crucial 'accident'/'coincidence' (or perhaps a series of fatal occurences--as Baudrillard would put it) for my accident. Once I realized I could superimpose this logo on my alma mater's Logo--I knew that the conduction was fatal. I also realize that this was my way I could visually use the personal anecdote (or, primal scene as Ulmer puts it in Internet Invention) but without making it a narrative--in this one doctored image: 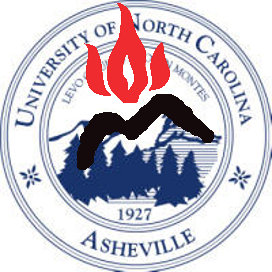 I knew that THIS is what 'sent' me this accident--this is what 'explains me' and explains us as a collective. The necessity of the destruction of the mountains for energy (symbolized by the fire above the M).

Finally, another thing that I 'surprised myself" with is how similar my Museum of Accidents was to Virilio's. It was only AFTER I started labeling my slides with dates that I realized this was using Virilio as Ta(i)le probably more than Kovitz. I remembered that I pointed out in the first band how essential this aspect of Virilio was--the date distances us from the event.


Finally, I realized I could frame the entire presentation in terms of "cleaning the name".  I then tried to think of what I could use for the epigraph and I remember Derrida's essay/book Sauf le Nom. I started searching pretty randomly through the essay via googlebooks (kind of using--if you will--MINING--the text like an Oulipian Dictionary) and found a passage about "naming God." This stung my memory hard as I remembered that one of the people from Massey Energy called the sludge spill "an act of God." I knew I had the epigraph.

Ultimately, what this blogpost is trying to say--in coffee-addled, empty-stomach words and phrases--is that conduction and the CATTt method WORKED for me--sending me in all different directions and finally crystallizing around the idea of "cleaning" as a philosophical metaphor.
Posted by Jtriley at 2:51 PM No comments:

More on the potential of my tropes. 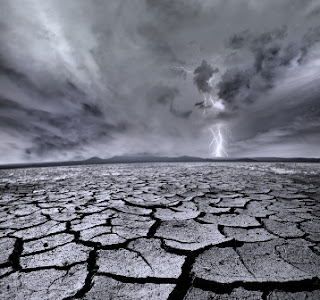 Posted by Jtriley at 9:10 AM No comments:

"Overburden,‥a term used by geologists and engineers in several different senses. By some it is used to designate material of any nature, consolidated or unconsolidated, that overlies a deposit of useful materials, ores, or coal, especially those deposits that are mined from the surface by open cuts. As employed by others overburden designates only loose soil, sand, gravel, etc., that lies above the bedrock." --OED

Civil Engineering sense: " A more detailed soil investigation of the upper 50 ft or so of the overburden‥showed that the allowable bearing capacity was only about 200 to 300 psf, much too low for the proposed bridge foundations." --OED

Mining. As a mass noun: overlying rock, clay, etc., which has to be removed in quarrying or mining in order to reach the deposit worked. Also as a count noun: a layer of such material. --OED

1994    Daily Tel. 24 Mar. 25/8   What gets between the miners and the gold are millions of tons of overburden which has to be removed before they can get at the final few thousand tons of pay dirt. --OED

Posted by Jtriley at 5:47 AM No comments:

"We declare that the splendor of the world has been enriched by a new beauty: the beauty of speed. A racing automobile with its bonnet adorned with great tubes like serpents with explosive breath ... a roaring motor car which seems to run on machine-gun fire, is more beautiful than the Victory of Samothrace." --Futurist Manifesto


"We want to glorify war — the only cure for the world — militarism, patriotism, the destructive gesture of the anarchists, the beautiful ideas which kill, and contempt for woman."--Futurist Manifesto

"Check that vehicle stops within required distance and does not pull, grab or swerve." 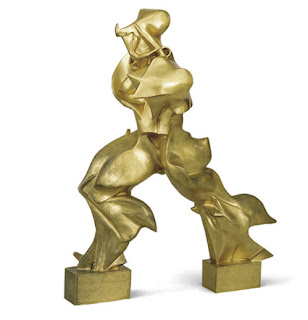 "In opposition to the vertigo of acceleration, Duchamp proposed a vertigo of delay" --Octavio Paz 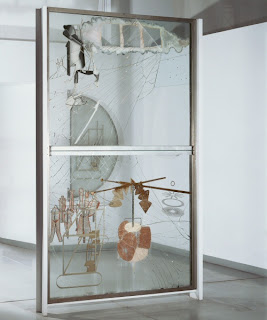 "Warhol’s art [Death and Disasters] will convey the range, power and empathy underlying his transformation of these commonplace catastrophes. Finally, one can sense in this art an underlying human compassion that transcends Warhol’s public affect of studied neutrality." 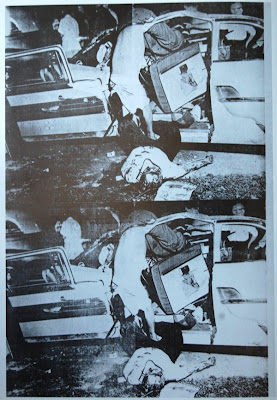 A car crash harnesses elements of eroticism, aggression, desire, speed, drama, kinesthetic factors, the stylizing of motion, consumer goods, status -- all these in one event. I myself see the car crash as a tremendous sexual event really: a liberation of human and machine libido (if there is such a thing).   --J.G. Ballard

"Marinetti plays a game of chicken to see which artist, which driver, first loses the nerve to enact a collision between two different categories that can convey a poetic trope" --Christian Bok
Posted by Jtriley at 5:19 AM No comments:

its still a narrative. . .but i'm trying

So I've been dicking around with Prezi for my courses, and I was thinking about John's observation about the importance of conceit. For years, teachers have been creating conceits to couch their lessons within and I came up with one for Titles, Introductions, and Conclusions. The power of Prezi is that it allows you to use images to literally frame your ideas. While this might not be quite what we had in mind, since its not entirely independent.

Bookends of the Essay: Titles, Introductions, Conclusions on Prezi

Posted by Jtriley at 6:33 PM No comments:

1. If Bok is correct that "revolution must paradoxically partake of the very discursive strategies that it opposes in order to be revolution" and if we are creating a "report" on our accident which will function as a "parody," then it follows that we should quote the *official* discourse of a report on our accident (or one of the particular instances). For me, its the Martin County Coal Slurry spill report:
http://www.epa.gov/region4/waste/martincs.pdf
Like Kovitz, I propose that we have to juxtapose this discourse with the discourses we find in our CATTt--(particularly Baudrillard, Kovitz, Callois, etc.). I think that Bok and baudrillard need to "talk to one another" within our presentation (as Kovitz does with Fourier, and at one point, people are commenting on Robert Moses' statement about building things). This will (in the Russian Formalist sense) defamiliarize and re-contextualize the 'report' so that we can make it mean something else entirely.
Posted by Jtriley at 3:51 PM No comments: