The accidental part of Mountain Top Removal is the process that is essential to process the coal that the companies find. This process is referred to as "washing" the coal, which sounds like it is making it "clean," but at the expense of producing an inordinate amount of waste. As one informational website puts it,

"The washing process consists of several stages of chemical and physical cleaning before the coal can be sold. Up to 60 different chemicals, some of which are known carcinogens, can be used in the coalwashing process. The refuse from the washing process is known as slurry and is a combination of huge amounts of water, rock, soil, chemical cleaning agents and several heavy metals including nickel, cadmium, and mercury"

Slurry may contain tons of chemicals.  However, according to sludgesaftey.org, "The manufactures give the polymer blends trade names like Comax 1000 or Enviroguard 2000 and call the chemical formulations "trade secrets." That means citizens have a hard time finding out exactly what chemicals the processing plants use. Some that we do know about have been shown to be harmful to aquatic life, choking fish (by causing particles to stick to their gills), aquatic insects and fresh water mussels."

One of the chemicals frequently found in the slurry for coal washing is Acrylamide. Acrylamide is used for many different purposes--not just to clean coal slurry. The implications of Acrylamide will be explored in another post.
Where does it go?
The coal cannot be sold without "cleaning" process. But where does all the waste go?
"all of this industrial waste is placed behind huge dams. These slurry ponds, as they are known, can contain millions of gallons of toxic material, and are an order of magnitude more dangerous than the earlier-permitted sediment ponds. Such dams can fail from any number of causes: rain, general dam failure, earthquakes, construction inadequacies, foundation failures, mechanical failure or drainage obstruction" (rosamine.org).

In other words, these ponds are like the drunk in Virilio's forward, "an accident looking for somewhere to happen." 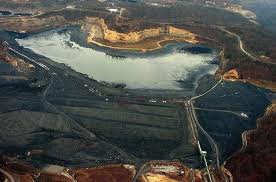 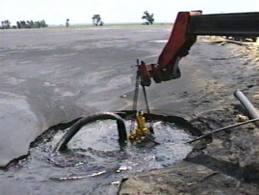 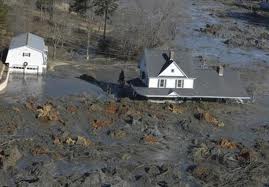